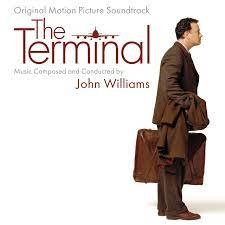 I consider it a happy accident that I found this movie titled ‘The Terminal’ (2004) directed by Steven Spielberg on a streaming platform. My surprise was beyond measure when I saw the genre written in the details of the movie-comedy! Well, it need not simply be my ignorance about this great filmmaker; because in most of Spielberg’s bios or filmography the said movie never highlighted or talked about even though the movie was a commercial success. ‘The Terminal’ tells a delightful story of a character called Viktor Navorski from Easter Europe (indicating the Russian Republic) who arrives at New York John F Kennedy airport on a private mission only to find that in the meantime his native (fictional) country Kakrojhia had undergone a military coup and a new government had taken over. Since the US was yet to recognize the new government Viktor’s passport had become invalid and the airport supervisor took away all his documents including the passport refusing to allow him enter New York city or to go back home. Viktor Navorski, played by none other than the greatest of actors Tom Hanks, cannot speak much English and goes through a series of hilarious misfortunes during his nine-month stay at the terminal. We’ll come back to the movie a bit later.

Steven Spielberg had become a household name in

the US after his blockbuster ‘Jaws’ in 1975; and if he was still not a household name in most other countries like India his ‘Close Encounters of the Third Kind’ in 1977, ‘Raiders of the Lost Ark’ in 1981, ‘ET the Extra Terrestrial’ in 1982, his creation of the franchise ‘Indiana Jones’ from 1984 and his two huge productions ‘Jurassic Park’ and ‘Schindler’s List’ in 1993 have made him more than that, almost a living legend of world cinema. Spielberg said to be the most commercially successful director of Hollywood till date with almost each of his films achieving box-office hit status, critical acclaim and Academy Awards nominations and awards. He has earned three Oscars two of which are as Best Director for ‘Schindler’s List’ and ‘Saving Private Ryan’ (1998) and one Best Picture Oscar for ‘Schindler’s List’, apart from 7 nominations as Best Director. His movies have earned an incredible 133 Academy nominations and 34 Oscars in various categories, apart from the BAFTA and Golden Globe awards. His other major awards include Cecil B DeMille Award and the AFI Life Achievement Award. Steven Spielberg at 74 years of age now has not retired yet and still making movies taking temporary breaks at times.

Watching the ‘Jaws’ and ‘Jurassic Park’ had been

a most exhilarating experience for most Indians like me and through such films we could understand the painstaking efforts, often risking his own life in the difficult shooting, taken by the director-no doubt at all that he made his first movie experiment at the tender age of 12 thus dedicating his whole life to the art and making world cinema all the more richer as well as entertaining. After working for a few years in the New Hollywood era that included several Television Episodes and minor films for Universal Studios he got his game-changing break in ‘Jaws’ in 1975 when he was just over the age of 30. Spielberg, rightfully, refused to make a sequel to ‘Jaws’ as those sequels made by other filmmakers could never match the unique original that still sends shivers down the spine. He did make a sequel though for ‘Jurassic Park’ titled ‘The Lost World-Jurassic Park’ in 1997 as the writer of the original came up with his second book, and that movie was also a commercial and critical success.

It somewhat follows from

the narrative above that most of us always considered Spielberg as a serious filmmaker who earned huge commercial success too for his universally appealing storytelling and dedicated efforts. We could never possibly imagine he could make a movie in the lighter genre of comedy. Perhaps, it just an experiment for this great filmmaker, and he it beautifully too-getting inspired by a true event in the Paris airport, creating interesting characters including a romantic angle and erecting a huge filmset in the lines of the JFK airport of New York.

Now, coming back to ‘The Terminal’,

the 2-hour and 9 minutes movie does not have a single dull moment tickling your funny bones all the time with Tom Hanks stumbling along with his brilliantly cultivated broken Russian or Bulgarian English while handling the obsessed airport supervisor, the security guards and the various desk officials. His character gets emotionally involved too with an airhostess played by Catherine Zeta-Jones, an Indian cleaner, a lady desk official with whom a canteen boy romantically attached and various other delightful characters and episodes. Hanks’s character Viktor also helps a native of his region out of a tangle by his intelligent use of interpretation deceiving the aghast supervisor. The film also keeps up the suspense on what exists in the tin box that Viktor frequently takes out fondly that the supervisor who has been bent upon getting rid of him either to the police or to the FBI wants to know desperately. Such delicious elements better be left for all those who would also like to rediscover this comedy-drama movie made by one of the legendary directors-producers-writers of world cinema.

Chinmay Chakravarty a professional specialized in the creative field with over two decades of experience in journalistic writing, media co-ordination, film script writing, film dubbing, film & video making, management of international film festivals and editing of books & journals. Proficient in providing professional services in these related fields. Was an officer of Indian Information Service and superannuated from the post of Director, Press Information Bureau, Kolkata in November, 2019. Published his first solo book ‘Laugh and Let Laugh’ in 2017 and his second book ‘The Cheerless Chauffeur and Other Tales’ in 2021.

Continue Reading
Advertisement
You may also like...
Related Topics:The Terminal